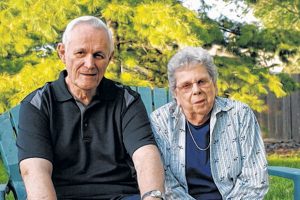 Dedicated to the men and women who risk their health and lives for the safety and well-being of the citizens of Nebraska and who have taken on the added risk of being a CISM volunteer.  The people served by CISM volunteers are grateful for all that you have done!

On December 26th, at 6:30 am, 1965, three firefighters responded to a house fire in Havelock, NE, a subdivision of Lincoln.

A neighbor at the scene informed one of the firefighters that a mother and baby were trapped inside.  Within minutes the firefighters tried to rescue them, their efforts were too late, as both died as the result of asphyxiation.

After the fire was suppressed, one of the firefighters, Wally Barnett, Jr., didn’t feel like riding back to the station, but rather walked, still in bunker gear.  After his shift was over he went home, laid down and cried. Ever since that incident, Christmas time was changed for both him and his wife.  The memories of the experience haunted him.  His wife recalled her husband’s deep emotional reactions to the event of so long ago and found herself dreading the next Christmas season. In many respects that tragedy was the start of the Nebraska Critical Incident Stress Debriefing Program.  Disturbed by memories of the deaths of the mother and the child, as well as by the normal questions: “What could I have done differently?” or “Did I do enough?” the young firefighter who later became the State Fire Marshal, sought a way to prevent similar stress reactions in other firefighters.

Help came in 1987. Wally Barnett, attended a conference in Florida on disaster response.  One of the speakers were Dr. Jeffrey Mitchell, a former paramedic, who became a  disaster psychologist.  Dr. Mitchell described a process that he had been developing Critical Incident Stress Debriefing.

Initial goals were created for the Nebraska CISD Program.

In December 1987, Dr. Mitchell was invited to Scottsbluff to conduct the Basic Training to member of the first CISM team, some of who are still members.  During the fall of 1987 and the following year, momentum for CISD began to build.

The initial motto of CISD, “Putting the Pieces Back Together,” recognized that many emergency response personnel  experience critical incident stress and that such stress can produce a variety of harmful consequences.

To the great extent the Nebraska CISM Program and those it services are indebted to Wallace (Wally) Barnett, Jr.  As a result of his compassion for emergency responders and his courage he began to speak about the stress of emergency work.  State leaders picked up on his vision and began to develop the Statewide CISM Program.

Courage and compassion continue to be the hallmark of the program. Over the years CISM has become more aware of the risks of its colleagues take on behalf of their communities and of the price they pay for serving their neighbors. 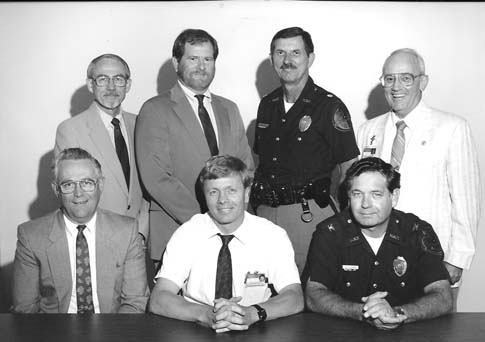 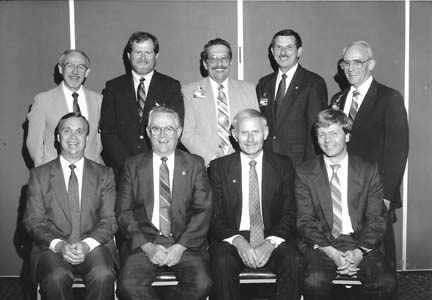